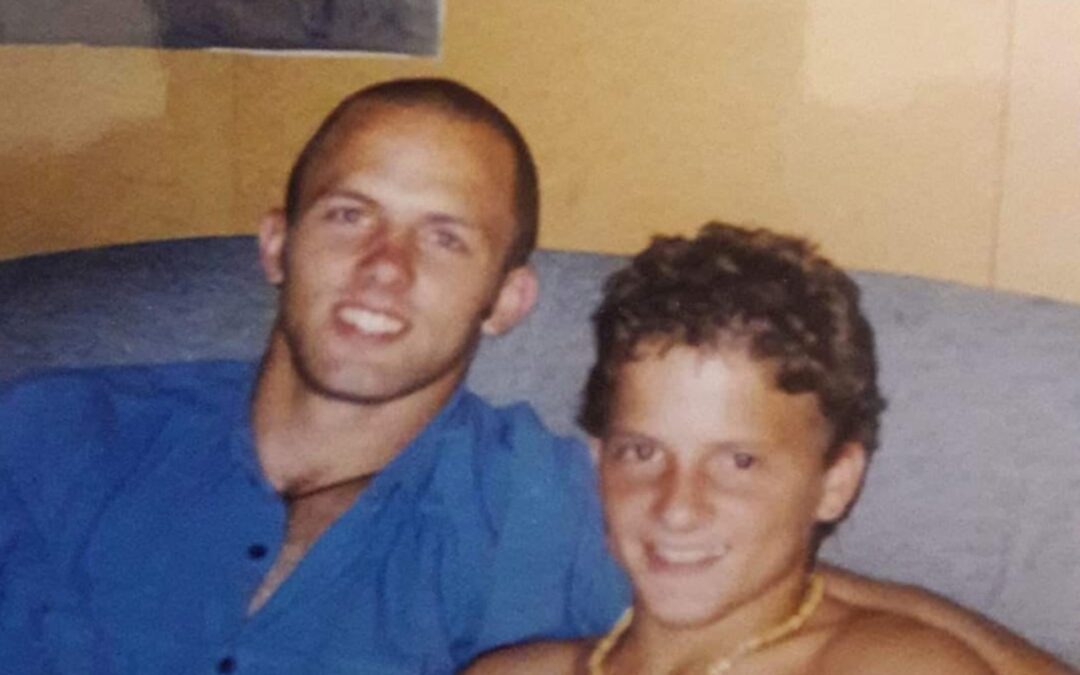 #MySurferChallengeStory begins on a warm and sunny day, more than a decade ago, on the 1st of February 2003. Our new family of 3 had spent the morning moving into our new home with the help of my dad. By late afternoon, we had finished with the last load and were about to make our way on the road to go and settle into our new home. As we were getting ready to leave, the phone rang and my dad answered the call.

“Yes this is Brian Corrigan” I heard him say to the person on the other end of the line. Standing a short distance behind him, his back was turned to me. I couldn’t see his face but I watched him as he jolted upright suddenly before he slowly turned, fumbling around to find somewhere to sit down. Still on the call, the look in his eyes was one that I had never seen before.

Terror, shock and disbelief combined. His shoulders sank with the weight of what was being shared with him. Anxiously, I waited for the call to end.

After what felt like ages, he ended the call and looked up at me with that same dreadful look he had on the call. What he said next is without a doubt the worst two sentences I have heard in my life:

“Donny is in hospital… He’s in a comma…”

My brother, Donovan, had left 5 days earlier for Johannesburg to spend two years as a missionary. This was certainly not part of the plan. My blood ran cold as the horror of the news coursed through me. Never did I expect to be stuck in a nightmare like this.

Donny had fallen off the back of a truck in a freak accident that had left him in a coma. The next few days were a complete blur, filled with an overwhelming amount of emotions.

In the end, Donny’s head injury was too severe and we had to make an almost impossible decision. We had to switch off the machines.

As awful and heart-breaking as this moment was, there was the fact that my parents had signed off for him to be an organ donor. This meant that several other people’s lives would be blessed, giving me a small feeling of happiness at the thought that even in his passing, my brother carried on impacting the lives of others. It was an act and gift that was completely in line with my brother’s character and it brought me a small measure of peace.

The Surfer’s Challenge was one of the last events Donny did before the accident. He was so proud of doing it and often shared his experience and love of it with me. Despite being fairly athletic, myself I had never had the inclination to participate in the event and thought my brother a little crazy to have done it in the first place. But as the first anniversary of his passing approached I was desperately looking for something to help me fill the deep void and emptiness that I was feeling.

As I was driving home the one afternoon I saw one of the boards advertising the upcoming “Surfer’s Marathon” as it was called back then and it hit me like a bolt of lightning… I had to participate in the race. The very next day I got my hands on an entry form and filled it in to place my entry. I had not run in almost a year. I did not even have a pair of running shoes. In fact, I bought my shoes the morning of the race – an unbelievably cheap pair of some no-name-brand for R30! To say that my first race was a magical experience is an understatement.

While every part of me suffered physically my mind was taken to another realm. I felt connected to Donny again for the first time in over a year since his passing. I got to do something he had done and loved. The whole time it felt like he was running right there next to me… like he was letting me see everything through his eyes. That feeling imprinted on me in a way I could never have imagined and despite the physical suffering I endured that night and for the next few days I had fallen in love with the race and I had found a way to feel connected to my brother again.

I have watched the race develop and evolve over the years since then. I have developed and evolved since then too. Through all of the changes, the one thing that stays the same for me is the connection I feel to Donny every time I do the race. It has become an annual pilgrimage for me and I have run sixteen consecutive races commemorating the anniversary of his passing. This year will be the seventeenth occasion that I will participate in this event in honour of his memory.

He may be gone but to me he will never be forgotten and the Surfer’s Challenge is my special connection to him. As long as there is breath in me, I will be doing this race. Forever until the time comes for me to join my brother on the other side.

We use cookies on our website to give you the most relevant experience by remembering your preferences and repeat visits. By clicking “Accept All”, you consent to the use of ALL the cookies. However, you may visit "Cookie Settings" to provide a controlled consent.
Cookie SettingsAccept All
Manage consent

This website uses cookies to improve your experience while you navigate through the website. Out of these, the cookies that are categorized as necessary are stored on your browser as they are essential for the working of basic functionalities of the website. We also use third-party cookies that help us analyze and understand how you use this website. These cookies will be stored in your browser only with your consent. You also have the option to opt-out of these cookies. But opting out of some of these cookies may affect your browsing experience.
Necessary Always Enabled
Necessary cookies are absolutely essential for the website to function properly. These cookies ensure basic functionalities and security features of the website, anonymously.
Functional
Functional cookies help to perform certain functionalities like sharing the content of the website on social media platforms, collect feedbacks, and other third-party features.
Performance
Performance cookies are used to understand and analyze the key performance indexes of the website which helps in delivering a better user experience for the visitors.
Analytics
Analytical cookies are used to understand how visitors interact with the website. These cookies help provide information on metrics the number of visitors, bounce rate, traffic source, etc.
Advertisement
Advertisement cookies are used to provide visitors with relevant ads and marketing campaigns. These cookies track visitors across websites and collect information to provide customized ads.
Others
Other uncategorized cookies are those that are being analyzed and have not been classified into a category as yet.
SAVE & ACCEPT

Due to restrictions relating to Covid19,

the 2021 event has been cancelled.

All online entries purchased will automatically be entered into the 2022 race.